STOP Director: Some MPs are against the bill reform for special retirement 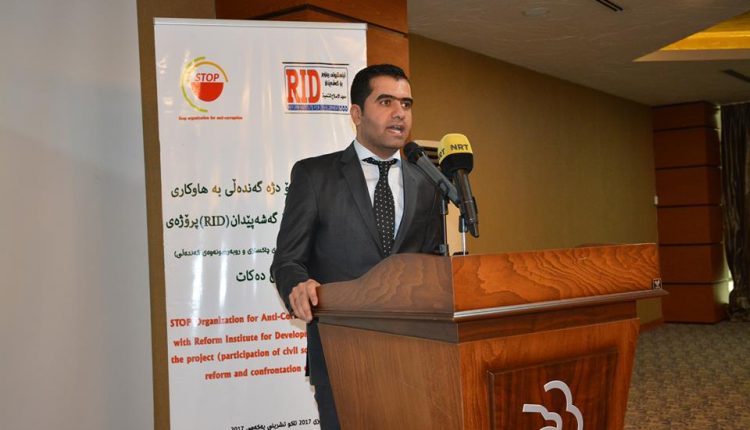 Director of the Stop organization for anti corruption Mr Faman Rashad, in a statement to the media said that “we believe the bill of special retirement is very important and serves that public property is coming back to public interest, the Iraqi parliament has a number of conditions for the pension act to be transposed in the Kurdistan parliament, but there are some parliamentarians who put their personal interests before the public interest, this is obvious that there are obstacles to the reform, from some MPs”.
He continues: “According to information we have received, some parliamentarians will destroy this law and try to not allow reform, they come with different apologies, including proposing that parliamentarians will not return to their jobs but rather be retired, but we believe that the pressures from Baghdad and internally lead to the reform being implemented eventually”.
He also says that “parliamentarians will start on their own, but if they apologize for not implementing the reform, they can not carry out reforms on wages to public employees too, because if they can not afford for any privileges they have, nor can they reform on other employees”.
Farman Rashad says also that they have presented a memo to the Council of Ministers for implementing the bill without being affected by apologies from some parliamentarians who try to block the reform.