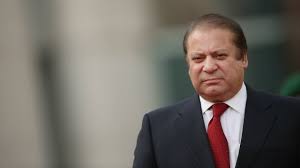 A court in Pakistan has sentenced former Prime Minister Nawaz Sharif to seven years in prison for corruption and acquitted him in a second case.

An anti-graft tribunal sentenced former Prime Minister Nawaz Sharif to seven years in prison for corruption on Monday, drawing criticism from his party, which said the decision was a “black stain” on the justice system.

The verdict came after Sharif was removed from power last year over corruption allegations. Sharif, who was serving his third stint as prime minister, has denied any wrongdoing.

He is accused of possessing assets beyond his known sources of income, and was arrested after the ruling was announced.