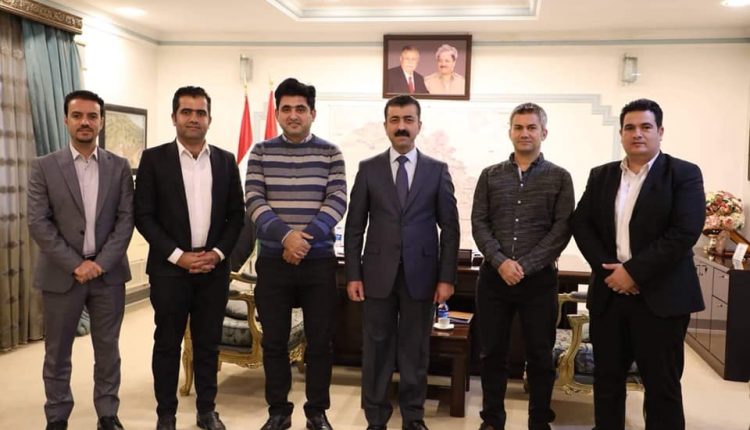 Wednesday November 20, 2019 a delegation from the STOP organization visited Mr. Dana Abdulkarim Minister of Construction and Housing in Erbil.
In the meeting, the minister praised STOP organization’s work, and he shed light on his ministry’s projects and plans to serve the citizens. He stated that they carry out their work in a fair and transparent manner without discriminating clients and he volunteered to present information about his ministry.
In turn, STOP organization paid tribute to the minister for his efforts to provide services in the field of construction and settlement for the citizens in Kurdistan region. in addition, STOP organization urged the minister to take transparency and reforms seriously as promised in the new government work plan.
STOP delegation provided several publications and reports to the Ministry, including a report on housing that the STOP organization had prepared within the project General Participation Platform in collaboration with other organizations.