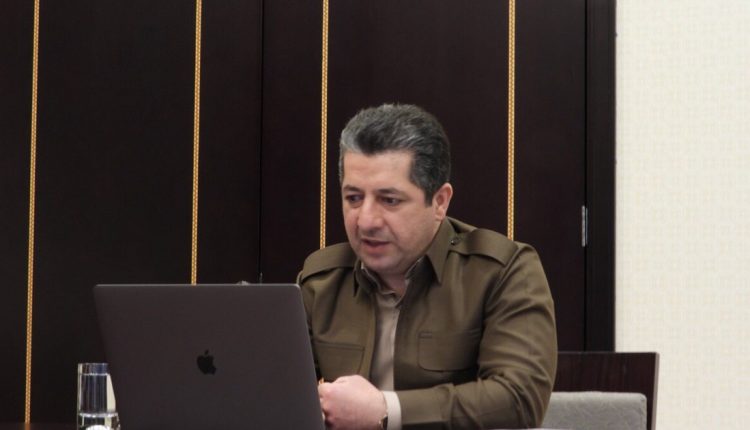 Prime Minister of the Kurdistan Region Masrour Barzani on Wednesday chaired a videoconference with the government’s high-level committee on reform and called on his cabinet’s ministers to start implementing the changes to the government that was the centerpiece of his administration before the coronavirus took over the world’s headlines.

The Reform Law, which was proposed by KRG, was approved by the Kurdistan Parliament on January 2020.

The purpose of the law is to bring fairness and accountability to the pay and pensions system for government employees and Peshmerga forces as well as multiple other sweeping changes that include eliminating so-called “ghost employees” and correctly assigning various staff grades according to merit.

During the meeting, Barzani and the committee, which is tasked with overseeing the new measures, discussed potential mechanisms for implementing the law.

“Prime Minister Barzani reiterated that the cabinet will introduce reforms encompassing all sectors and areas of life in the Kurdistan Region,” according to a KRG press release.

“He stressed that the main objective is to bring fairness and certainty to the public sector, protecting employees’ rights and privileges.”

The KRG mission includes diversifying the economy, improving domestic governance, modernizing security forces, and building a strong partnership with the federal government of Iraq while simultaneously strengthening and expanding ties with countries around the world.